Ookoohko is an independent game studio founded by Sami Arola, Toni Laakso and Jarkko Salminen. We are located in Helsinki, Tampere and Stockholm. 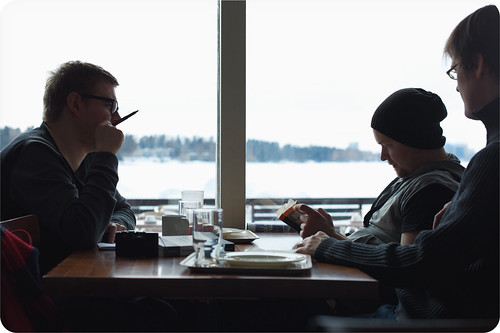 After co-founding Sumea a decade ago (acquired by Digital Chocolate in 2004) we have worked on dozens of titles on various platforms ranging from J2ME to Xbox 360. In the spring 2009 we decided it’s time to start from scratch again and founded Ookoohko (suggested pronunciation: oʊˈkeɪʃ).

We’re in the business of making games that are good, one at a time. Our first title Get Outta My Galaxy! is available on the App Store worldwide.

Our current project, Zero Tolerance Hero, has been on development quite a long time, but is finally nearing completion. It will be released on iOS soonish.